Today is Friday, which brings another post by my better half.  he is really awesome  and sends me little photos and does nice things all the time- but that doesn’t mean he isn’t a little quirky. He sent me this photo- which believe me,if anyone did this thinking, “gee Kristina likes to eat healthy, maybe I shall substitute some buttery goodness with a large watermelon piece” – knowing it would make me laugh. I LOVE CAKE.  a WATERMELON is not a cake.  If anyone attempts to fake me out like that, we will not be friends anymore.

A little disclaimer concerning Mike’s Friday post:  I am not nearly as adventurous when it comes to these things- and I HATED when he made the snake (seriously).  I do not endorse or condone eating anything endangered or raised inhumanely.  To our knowledge, none of the animals Mike has eaten have been procured illegally.

Hi, it’s Mike.  It should come as no surprise that I like to eat,  but a not-so-little-known secret is that I’ll pretty much go out of my way to eat something new.  I’ll try just about any meat that I can both get my hands on and that is generally considered safe to consume.  I’ve been keeping a list of animals whose meat I’ve eaten:

Some of these have been better than others.   So, the Burmese Python…. 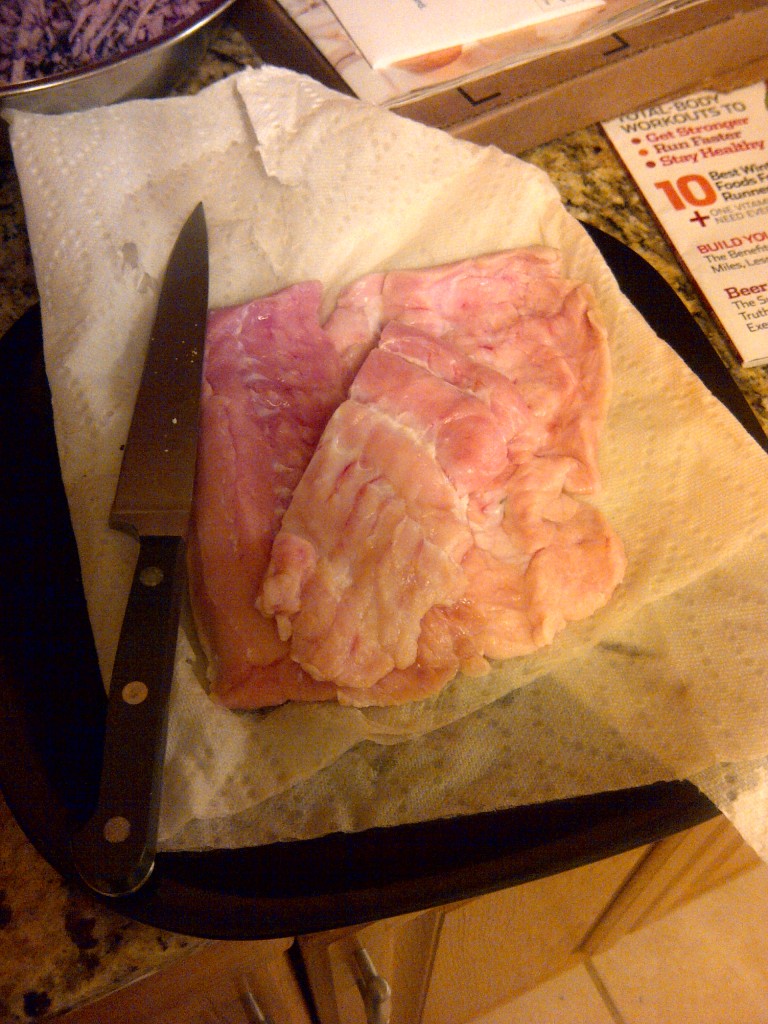 I found this morsel in the ‘wacky meats’ bin of the freezer on a local butcher shop.  It came as boneless fillets, they had the texture of an extremely firm white fish.  So, having never eaten a python before, fish-and-chips came to mind. 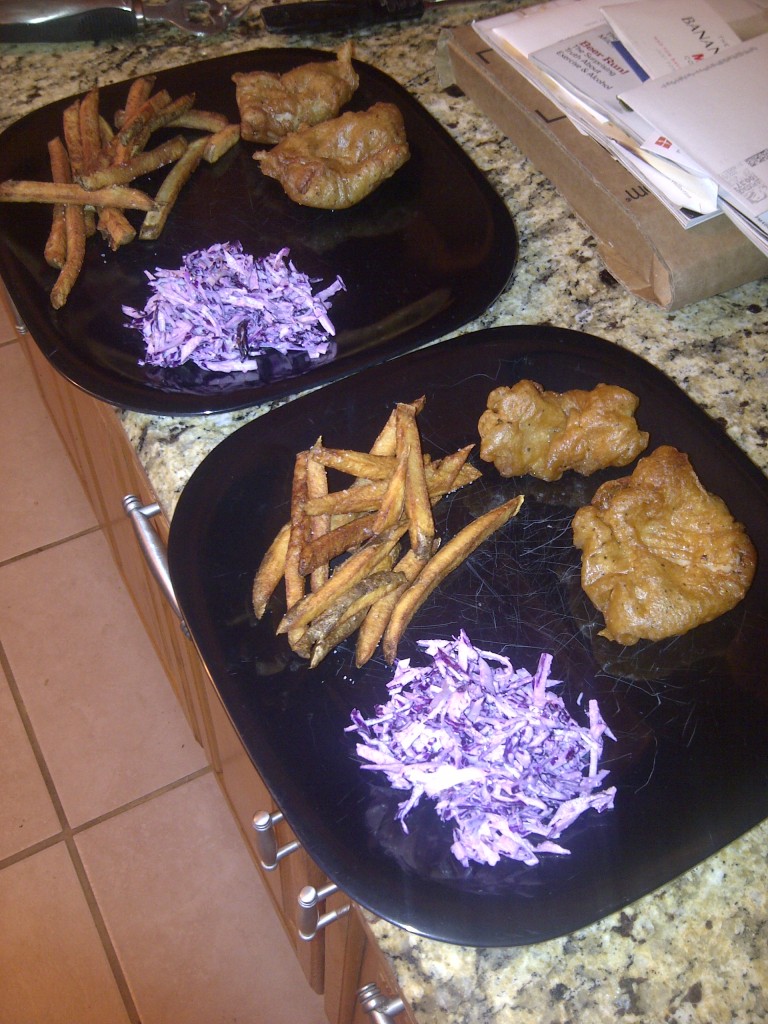 I made a really nice beer batter, some proper homemade fries (fried twice at 250 and 350 degrees), and a red cabbage cole slaw.

The fries were great.  The snake?  Terrible.  So tough, it was almost impossible to chew.  Kristina came home from a late night at the museum and concurred.  Maybe next time I should consult with some snake food blogs.  Or just grind it up and make it into a sausage.  That’ll show it.

The Llama on the other hand – great. 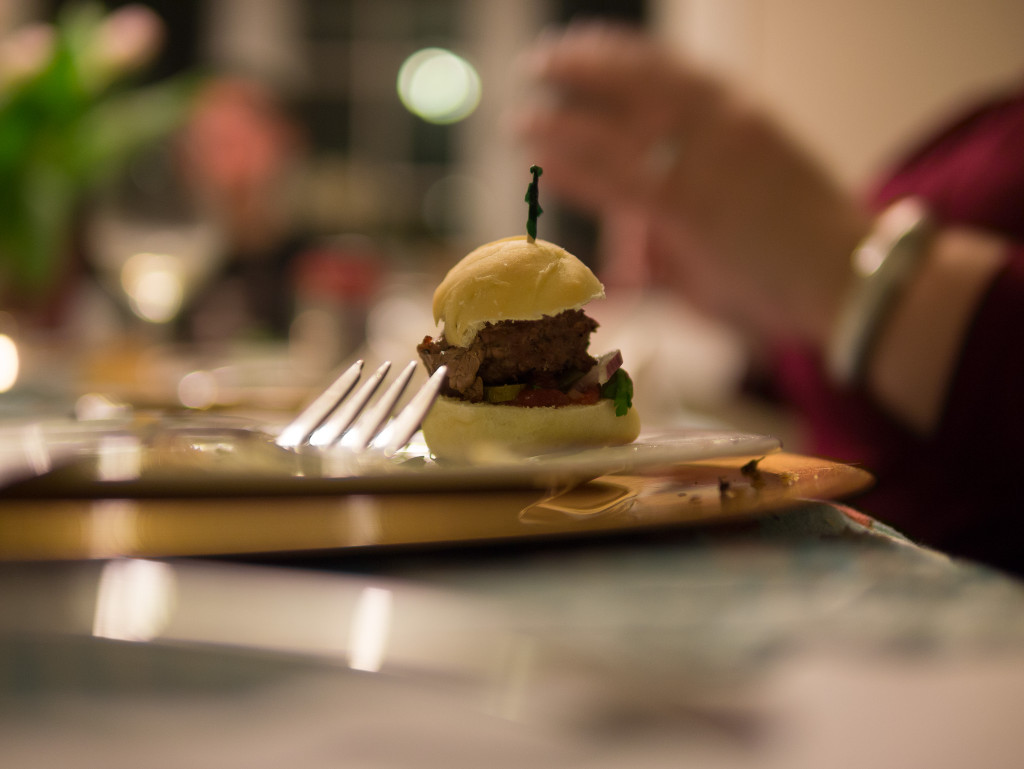 Turned a pound of ground llama into several dozen llama sliders for a tapas party (The slider buns post didn’t mention llama, did it?).  They tasted a lot like beef sliders, and the guests, (who I did notify it was llama, in case anyone was abstaining from camelids), ate them right up.

My other quest is cheese – I’ll try cheese from any exotic animal, though that is a lot harder to come by.  Eleven years ago, Kristina got me a wedge of rare Tibetan Yak cheese, handcrafted by monks in Tibet.  Firm, grassy, like a funky Parmesan – I still remember it.  So if we didn’t already have enough reasons that Kristina is awesome, add that to the list – she’s been at this stuff a long time, and I’m always happy that she indulges me in all of my food exploration!

Do you have any crazy meats or cheeses?  Let me know, I would love to try some!