It has been a long, hard week.

It began by simulating my long run on the elliptical for 3 hours: 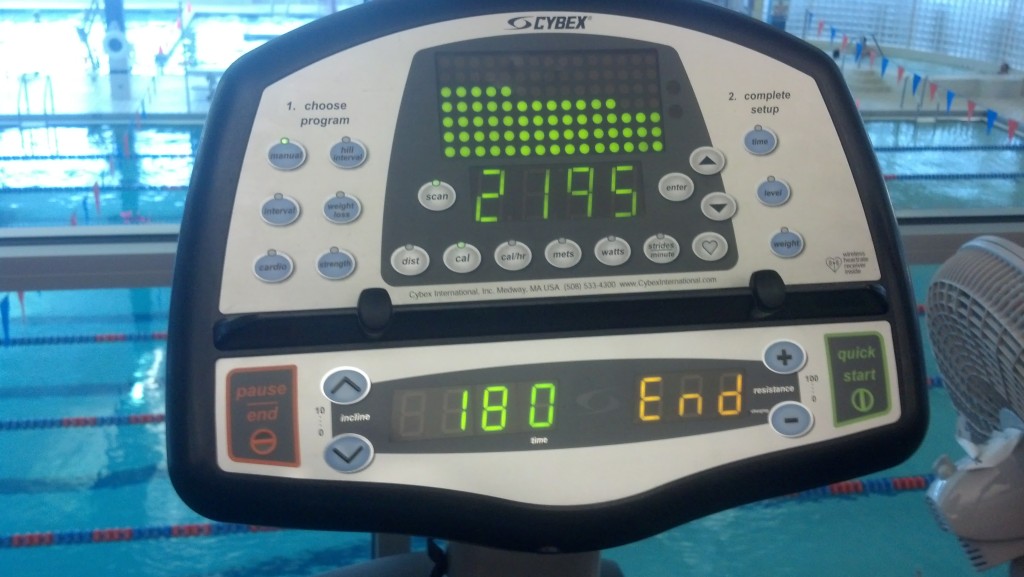 (I like using the one with a pool view- no matter what I am watching on my kindle, occasionally somebody resembling a Greek god is doing laps and, well, that’s neat :0)

But since marathons aren’t run on the elliptical, I did go to the doctor on Monday.  I <3 my doc.  They fit me in right away, same day that I called.  x-ray first, then visit. 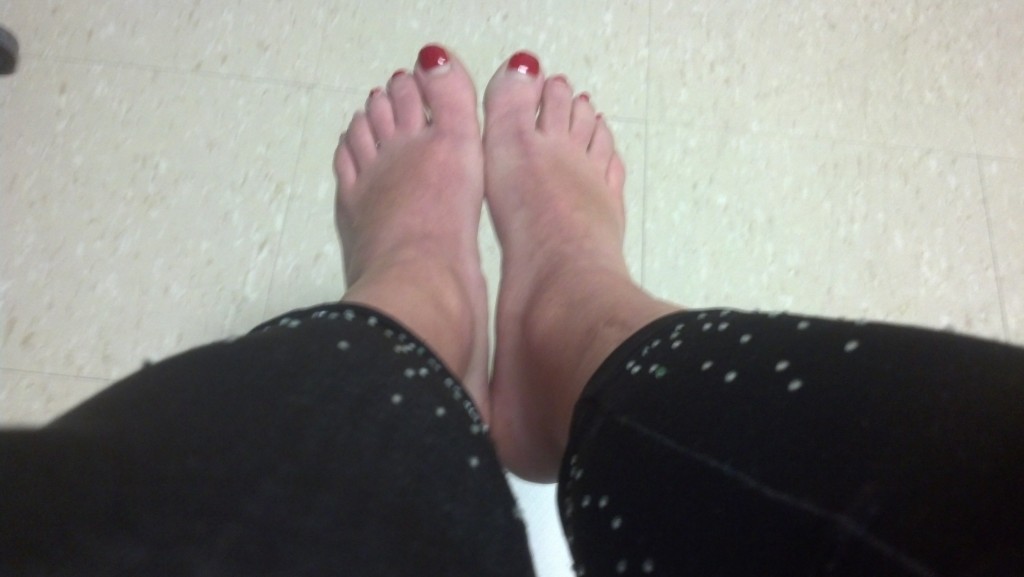 I wore my sparkly leggings for good luck  (the sparkles are usually hidden by my boots, as are my yucky feet)- but unfortunately the doc was able to palpate my left foot and produce pain

I was ordered on a week of rest- no elliptical, swim/aqua jog.

No matter, I came down with the death-cold anyhow.

I took an unprecedented 3 days off from all exercise- in a row.

I had an MRI on Tuesday night, since the X-ray came back clean and my doc and I really wanted to know exactly what was going on with my stupid left foot.

They gave me these awesome socks to wear around the doctor’s office while I went through the 7 levels of waiting rooms (seriously…  you go from one ante-room to the next, all leading to the MRI machine.  I think it is to keep patients from seeing each other?) 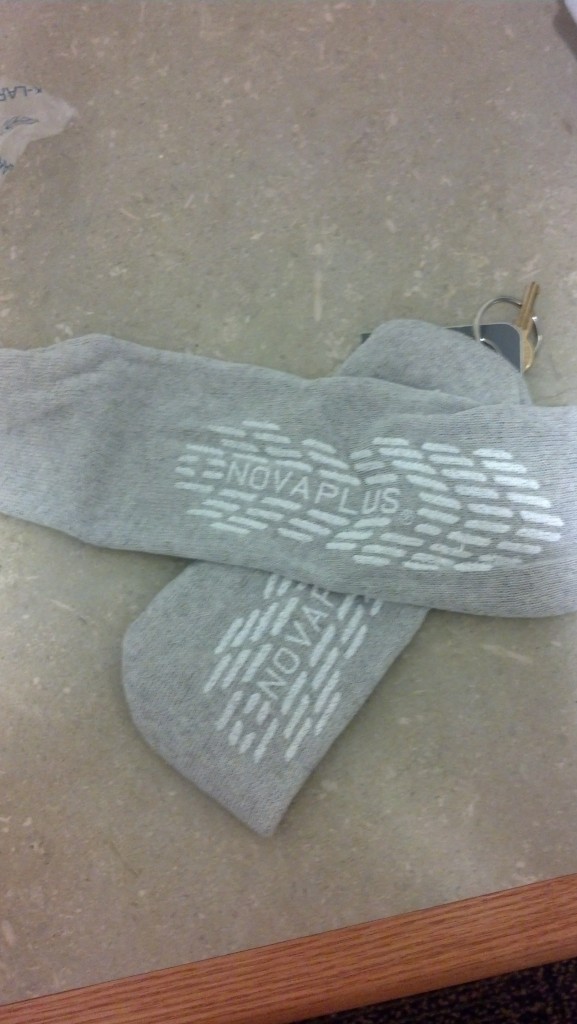 I’ve had 4 or maybe even 5 MRIs, so you would think I wouldn’t get nervous.

HAHAHA.  I had a total panic moment (minute) when I realized that my nail polish was the “magnetic effect” type (sparkles if you put a magnet over it while it is drying) and imagined my finger nails getting ripped off and dying (from that).  Then I thought to myself, “they wouldn’t sell something that could cause death in an MRI machine to unsuspecting people, would they?  Wouldn’t the MRI tech have asked me about it?”

As the machine warmed up, and began blasting me with machine-gun trill pulses (it is super loud, if you’ve never had an MRI- and not a consistent noise, the patterns vary so it is hard to fall alseep or relax)- I began to realize that today was not the day that I would dramatically die in the MRI.  *sigh*.  My next “panic” was that I realized that I had to cough, bad- but I couldn’t move.  How to do this?  I spent the next 30 minutes focusing on NOT COUGHING.  I did it.  Good mental/physical challenge, if you ask me.

Wednesday Isaac and I went to the vet.  He needed booster shots and his first rabies and Lyme vaccinations.  He charmed the whole office, and was invited back anytime. 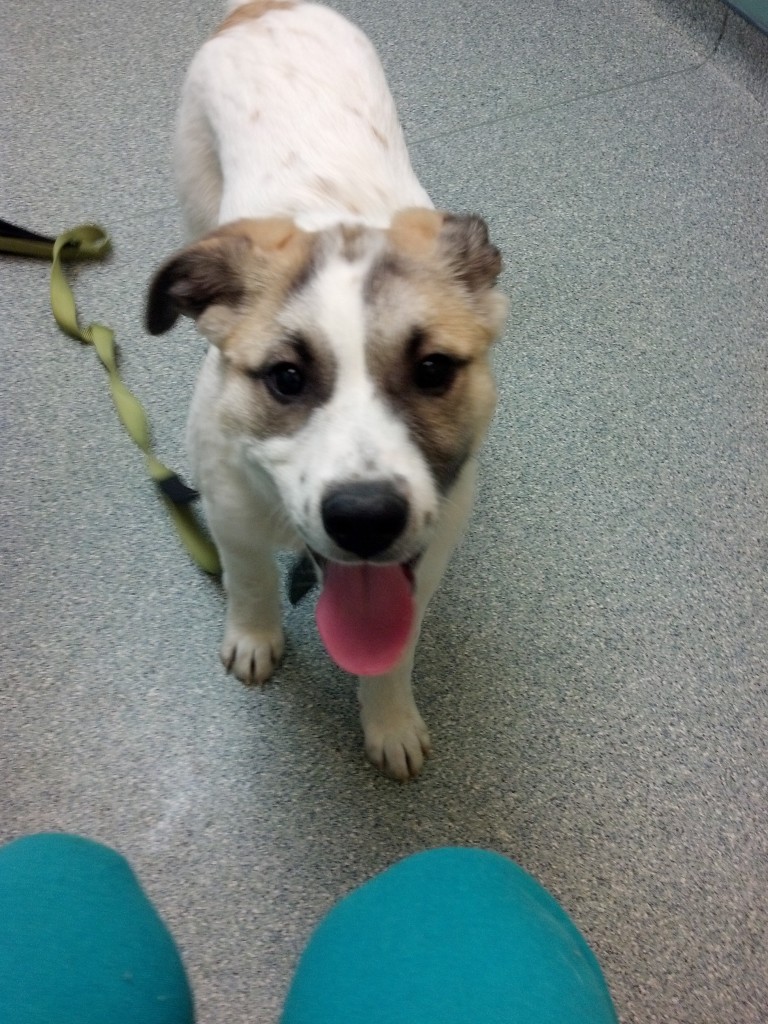 Later, we worked on push-ups together.  This was the sum total of my workout for Wednesday:

(I love colored pants.  I have a large collection).

Isaac woke up covered in hives, crying, with a swollen puppy face.  He was puke-y, and very sad.  He had a reaction to one or more of his vaccinations, so Mike and I spent our early morning cuddling him and worrying and internet searching.  We called the ER vet, but they couldn’t tell us what to do.  We decided that since he was breathing well, we would wait for our vet to open up at 8 and get him in first thing.  Mike took the babe in, and they gave him a shot of benadryl and offered to watch him for the day- FOR FREE.  The vet was so upset that he had even had a reaction, that they waived the visit fee and the shots.  Total kindness and empathy.

I had my all important follow-up with my doc on Thursday as well.

I am happy to report: nothing is broken. There is inflammation on my 3rd metatarsal, which still needs about a week of babying, but we caught it in time.

I can return to running next week, but not a 60 mile week.  I am supposed to reverse taper, and ramp back up over the course of the next few weeks.  With 8 weeks until Boston, that means that I will likely be able to maintain my fitness and still make a few gains.  I hope get my mileage back to the high 50’s by mid-March- which will give me 2-3 solid higher mileage weeks before beginning my taper.

I have been running on the outside of my feet for about a year.  We’re not sure why, since I previously have protonated (and still do when I walk).  I need to shop for a shoe that wraps around my foot better than the Newtons…  which turn out not to be for me. The lugs on the outside of the shoe wore down QUICKLY, causing them to become really unbalanced for me.  This is not because it is a bad shoe- just bad for my current mechanics. 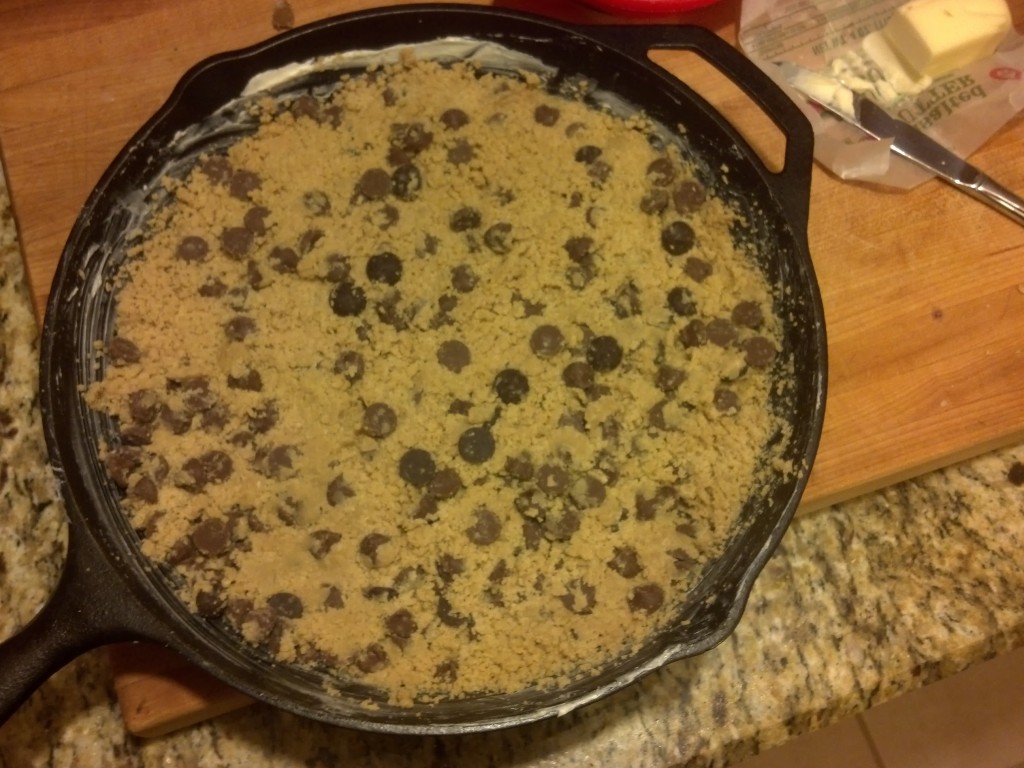 A giant salty cookie.  This is an un-baked shot of it- we threw it in the oven at my BFFs house and mowed down on it during Grey’s.

So, the week has been interesting and long.

The take-away?  Take injuries seriously.  I am so FREAKING happy not to have a stress fracture.  I am so OUTRAGEOUSLY excited to return to running next week.  I do have to be CAREFUL- because there is inflammation and if I don’t behave responsibly, it could still become a full-blown injury.

I am grateful for my healthy puppy, my supportive husband (did I mention how much basket-case behavior has been going on???), my co-workers who have heard about every ache and pain and problem, my work wife who made all of my doctors visits work with our crazy schedules…   and I look forward to next week when I can bliss out with some easy miles and just appreciate the fact that I am able to run them 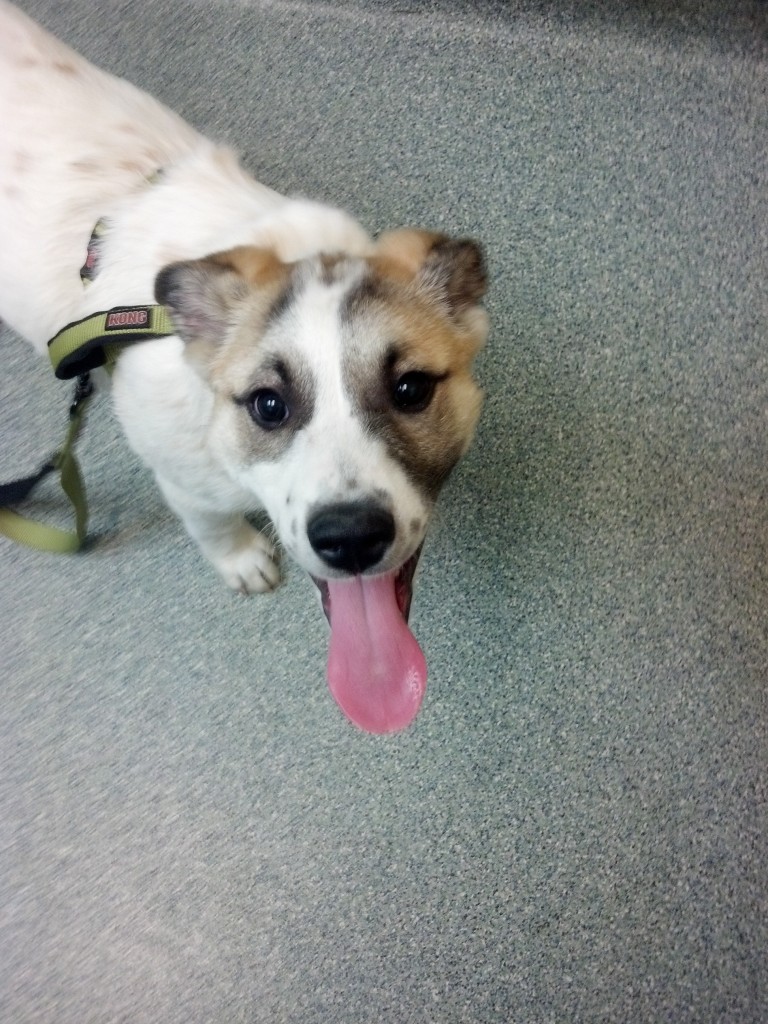 11 Responses to The week in review: UPDATES