Life has been busy lately- and included a quick trip down to CT this weekend for a visit with my Mom- and it was our puppy Isaac’s first big car trip!  He did really well- he slept the entire way down- no crying, whining or other silliness.

When we got there, Mom had bought him a stuffed goose (with a squeaker, of course)- and he and my mom’s dog, Ruth (she’s a Westy, and is 13 years old!!) decided to murder the goose ASAP and play tug.  It was adorable. 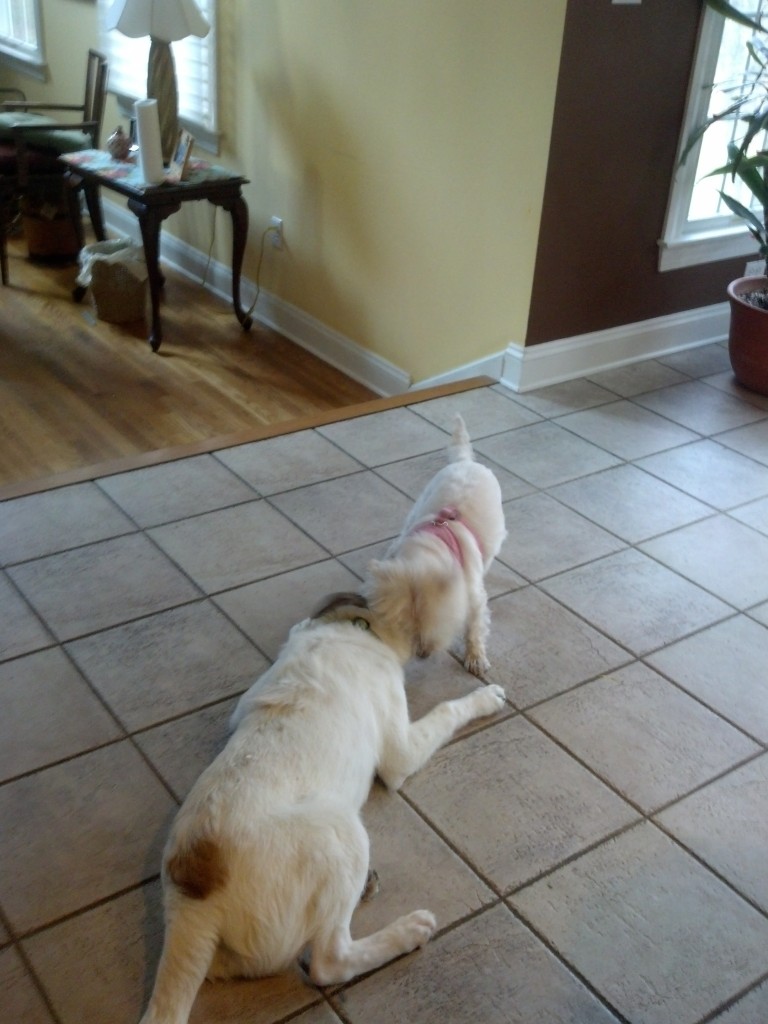 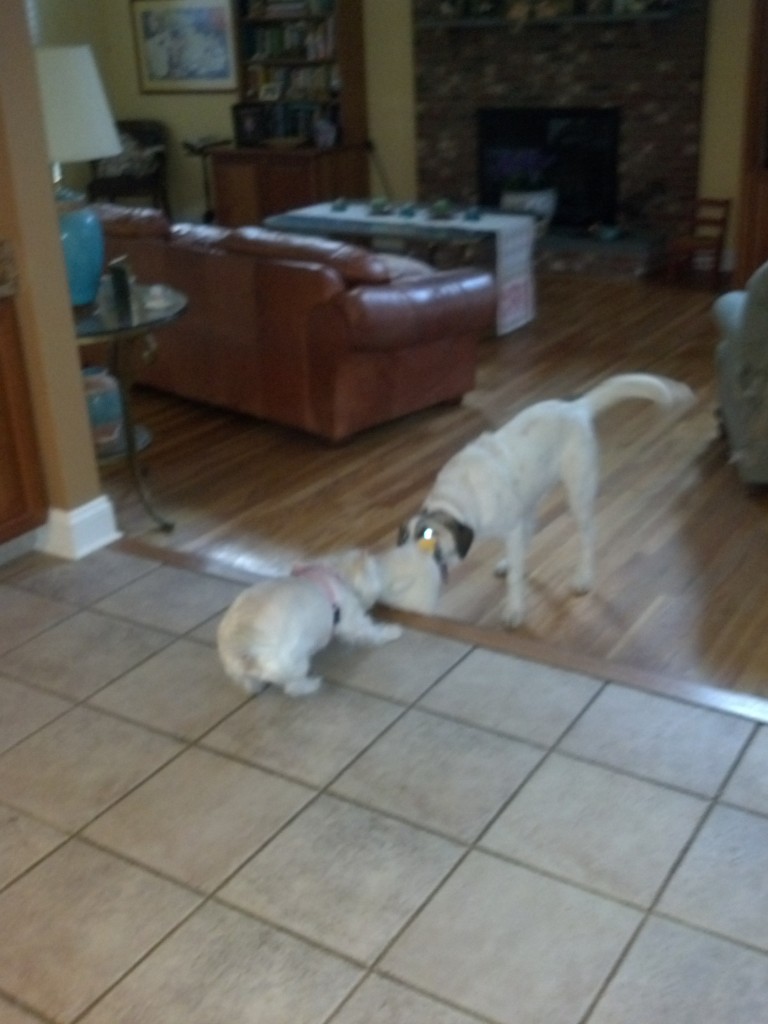 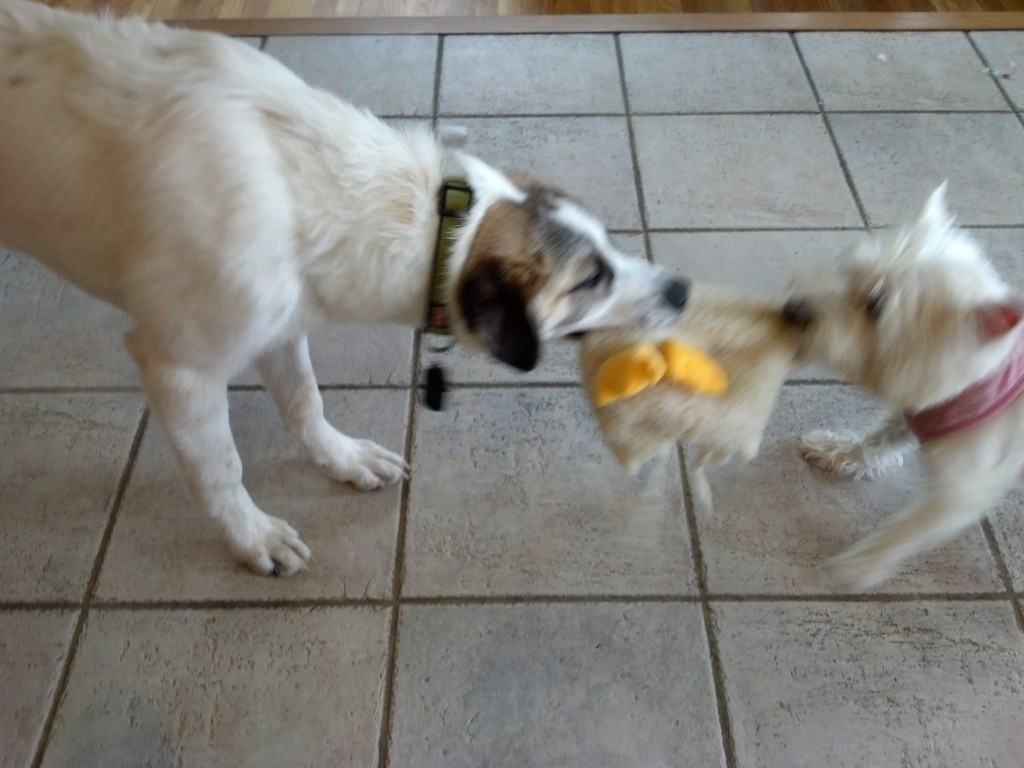 Of course every shot is blurry, because no puppy and his new best friend will stay posed for very long!

Mom and I also went on a long-ish run around town- I took some tourist photos along the way: 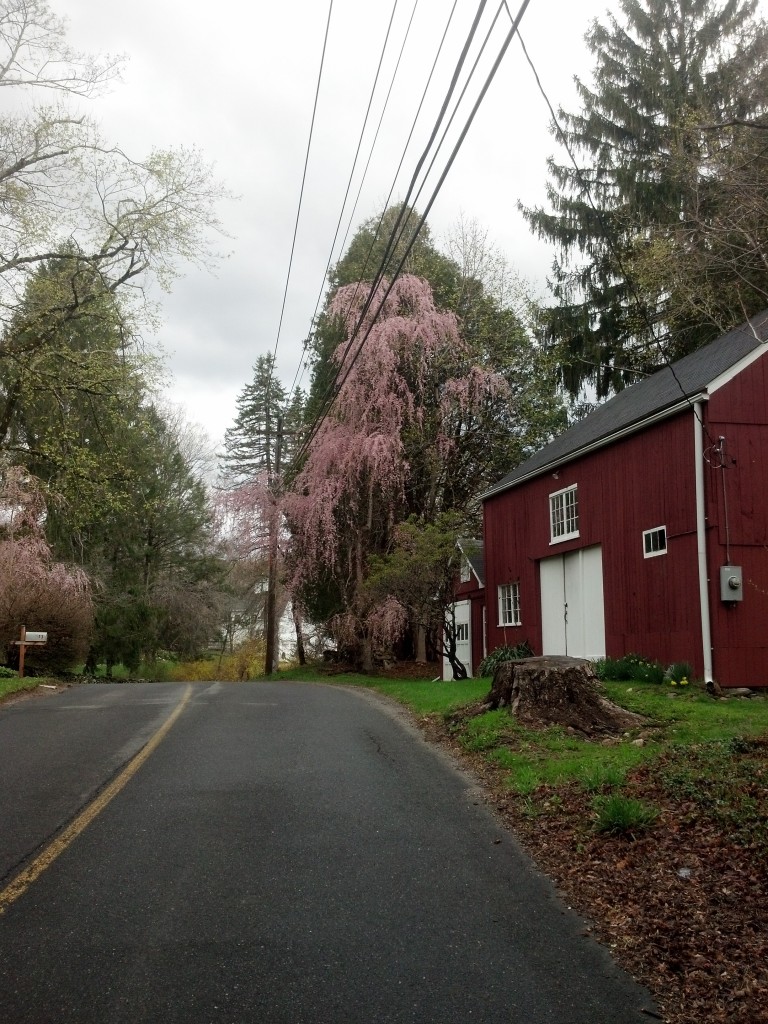 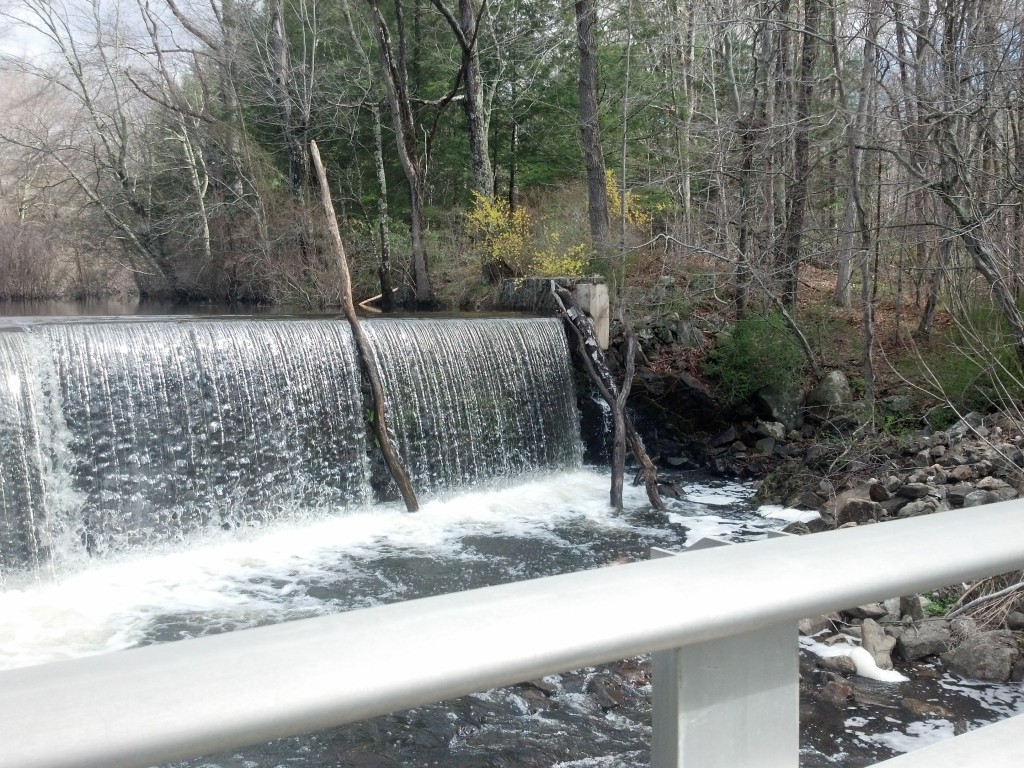 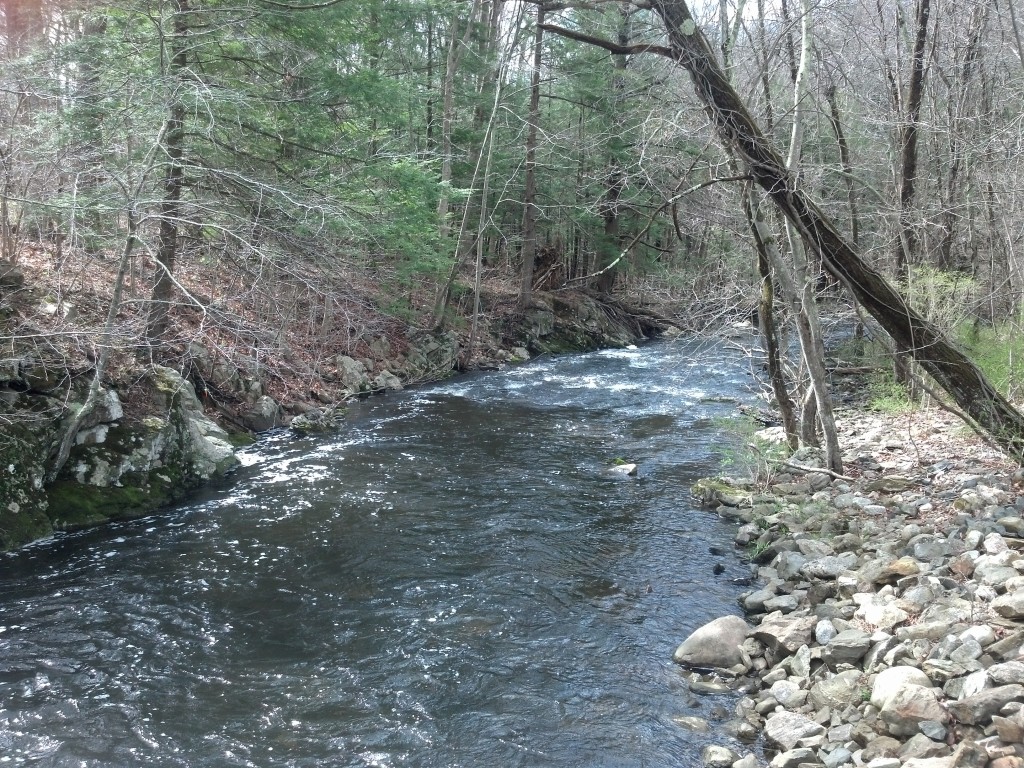 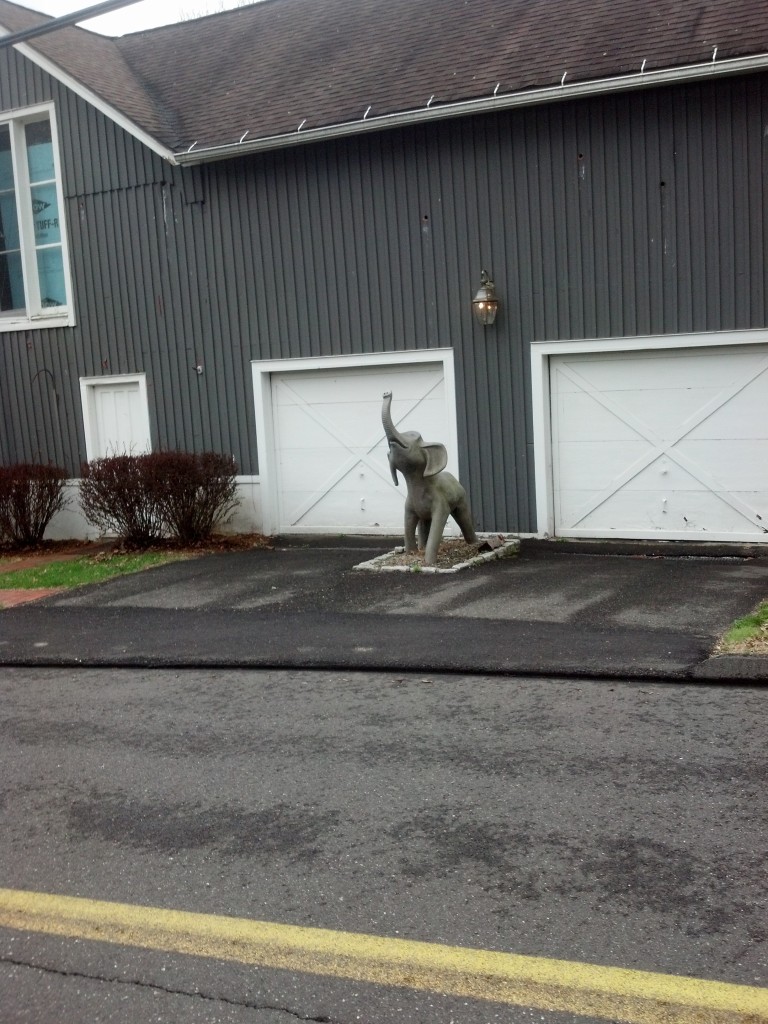 For whatever reason, though- I have developed a knot on the bottom of my left foot, sort of near-ish to the ball of my foot (but not ON the ball of my foot, more towards the arch)- and the entire run it felt like I had a marble stuck in my shoe- and unfortunately I ended up walking the last mile home.  Overall, it was 10 miles though (including my walk).

Later, we went to go harvest some ramps. 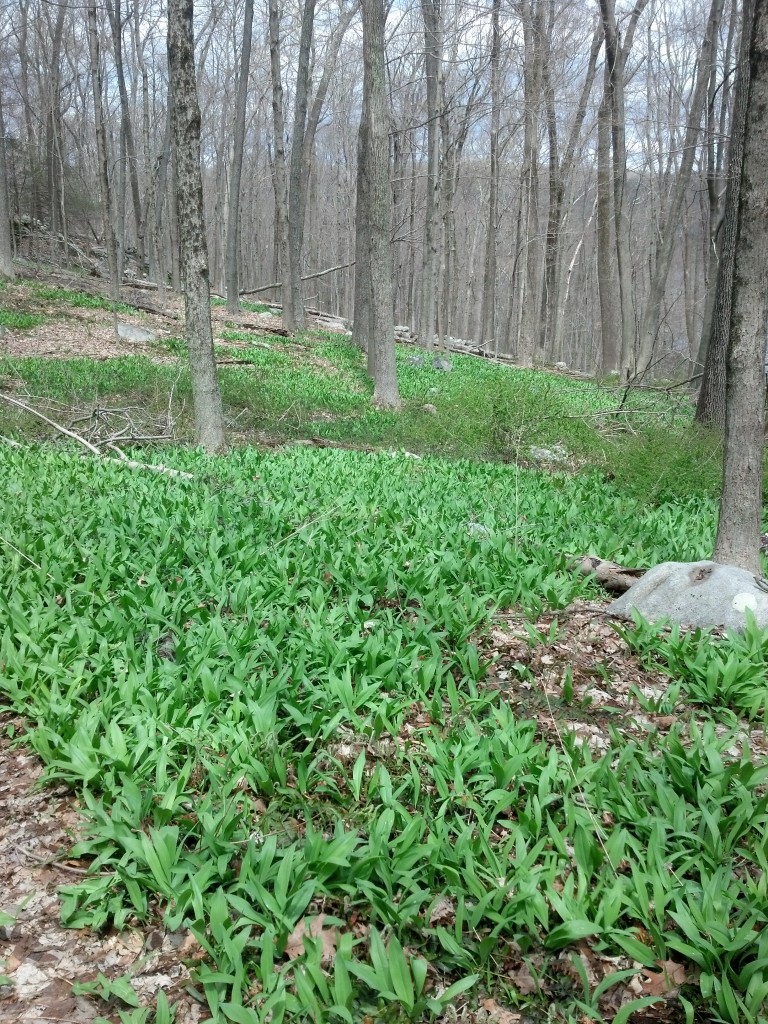 JUST LOOK at all of those edible garlic yummies!  I grabbed a bag full, but since I will be back for the 1/2 marathon this weekend, I mostly left them alone.

When I got home I used my ramps for a slapped together pizza (I already had the flatbread cooked off, and literally used string cheese for the mozzarella portion- quite slackery, if you ask me)- roasted cherry tomatoes, pepperoni, string cheese, some ricotta, pecorino romano, and RAMPS! 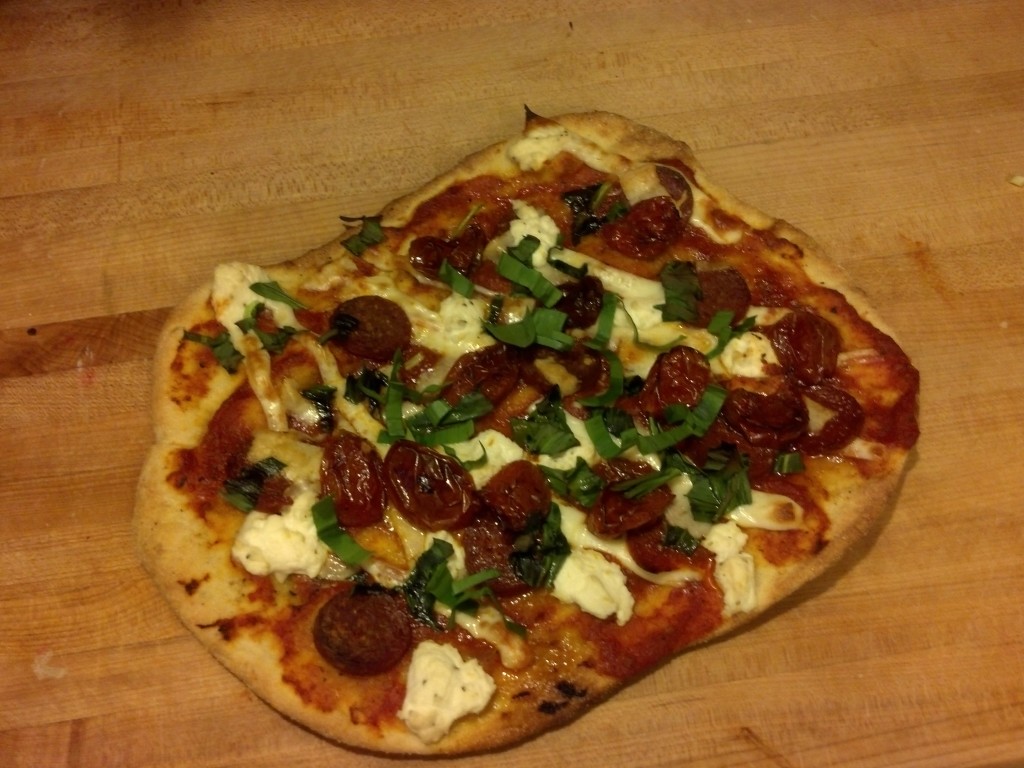 And from yesterday-  apparently Isaac’s new best friend is a Rottweiler!

Have a great Tuesday everyone!  What did you guys do over the weekend?  Anyone else already looking forward to the weekend even though it is only Tuesday???

This entry was posted in Uncategorized. Bookmark the permalink.