Today was (and still is) a great day- but I can’t help feel a little sad as my house is emptier, I won’t be sleeping in until 7 tomorrow, and my Mom and I won’t be taking a meandering run through all of the neighborhoods near my house.

Ever behave like a tourist in your own town?  It is especially fun on foot.  Yesterday me and Mom trotted through all of the new neighborhoods that have gone in (and evaluated them… err judged them… for the size of properties, abutting neighbors, and shoddy construction)-  I did actually spot a tract of available land that maybe one day could work for us (abutting conservation property!)-  if I could ever manage to work up the chutzpah to move…  and at some point we took a pit stop and I stopped my garmin and then totally forgot to re-start it, like, 20 minutes later.  Whoops.  At the end of our “run through all of the neighborhoods loudly discussing house colors and landscaping” run, the garmin had logged 7.3 miles…  but we had been out for nearly as long as the day before (10 miles).  I mapped our meandering trail today- and indeed, we followed up a 10 miler with ANOTHER 10 miler.  But we didn’t notice.  That says a lot.

Today we had crunchy knees and tight hips….  duh.  So we did my 6 mile loop, being very, very careful not to slip on the semi-frozen road surface and discussed, amongst other things, marathon training philosophy.  I had left a couple of Pfitzinger books out over the weekend and my Mom started to read them- so I explained tempo runs and lactic acid threshold pace and interval training (which I do….  but not nearly as often as I should)… and then she picked up the pace and began blasting us home.  Fartlek, anyone?  I think I may have placed a marathon seed in her brain.  Weeeee!  I would totally want to run that with her, side by side.  *fantasizing about the best 26.2 Ev-er!*

My mom and sister left around 11 today.   I had a quick lunch (leftover brussels sprouts with sriracha and some 24 hour salad… nom), and headed over to my BFF Sarah’s to babysit for her youngest, Samson- while Mom and Dad took Daphne out for a special “Daphne Day”- awesome, right?  Samson and I had a blast.  We played with his brontosaurus (aka he nommed it a bit), played with his sister’s toys, and took some selfies.  He likes selfies 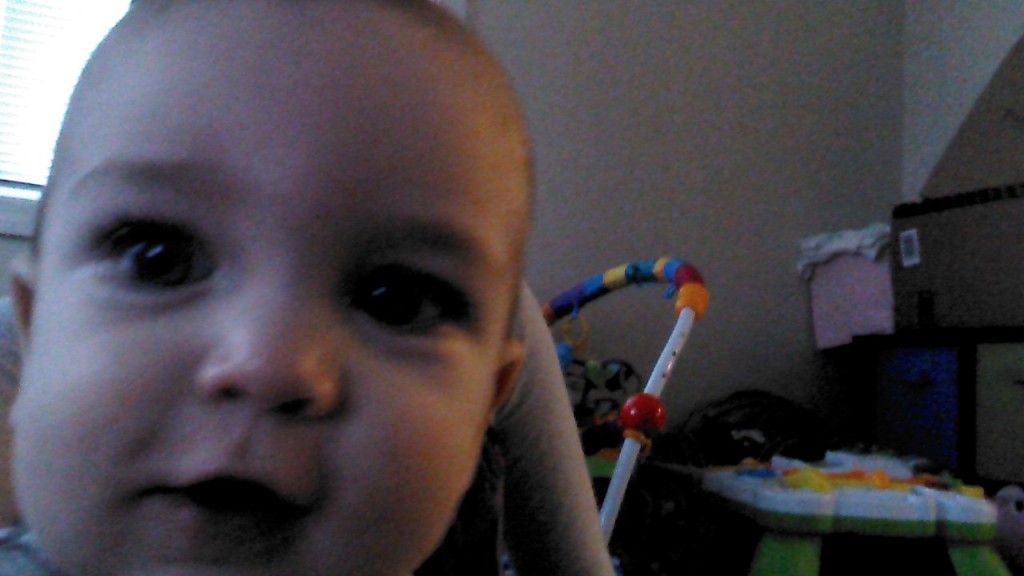 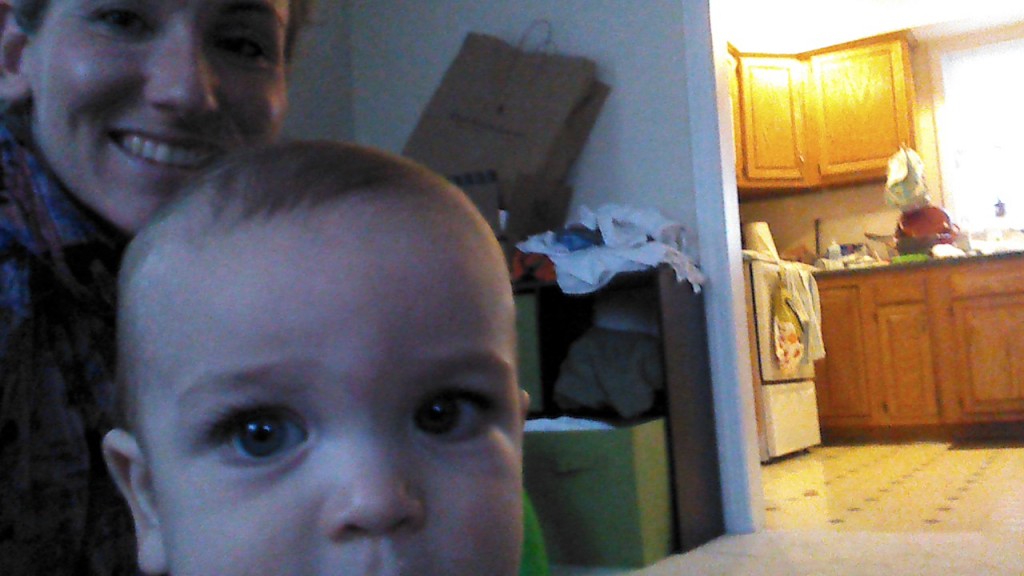 They aren’t glamor shots, but aren’t his eyes just amazing?

After we took selfies he showed off some new skills- for one, CLAPPING!  He was so pleased with himself.  Baby laughs are the best.

Off to Whole Foods!  Because even though the fridge is full of food- I needed a few things to round out our week.

One of the things I want to share with everyone is how I plan my meals for the entire weak- with a no-waste, no over-buying- and for sure, healthy bent.  We do our food shopping on Sunday (I know it isn’t the biggest sale day, but it works for us)- and before we leave the house I evaluate the fridge/freezer situation.  What do we have that we can use in a different way?  Anything need to get used ASAP?  Is there something I can put an effort into today and use throughout the week?

This is our plan for this week:

As you can see, I have worked a couple of T-day leftovers into the mix.  Mike made SO much celery root puree that it is still coming out of our ears (but it is delicious)- so it is on the docket for tonight.  I am making a fresh dinner today- because I needed to eat some beef.  If you have not made Ina Garten’s Company Pot Roast..  *sigh*.  It really is great.

I have a bunch of soup left, so tomorrow night I am going to melt some spinach into the soup for additional nutrients and we will broil some cod with jerk seasoning, and place it into the soup.  The sweet soup will complement the spicy cod well, I think.

More leftovers on Tuesday-  the pot roast makes a huge amount of sauce-  so spaghetti squash with sauce and meat bits + freshly roasted broccoli= fast and simple, and using things we already have.

This week I have plans for a girl’s night on Wednesday and we haven’t discussed Thursday yet- so those areas are TBD.  I bought extra green things- kale, more brussels sprouts-  so I could do a side Thursday- OR, we have sausage in the freezer and everyone likes kale soup.

Anyhow, I am going to make an effort on Sundays to take you all through my weeknight plans- because there are things we just don’t like doing- like rushing to the store after work, not knowing what is going to be for dinner- or who is going to get things started.  (we haven’t discussed that yet for the week- but we usually also include who is going to actually throw together dinner)-  and I don’t want you all to be worrying about that either.  It’s a massive time suck to make the decisions on the fly- and I feel like it ends up wasteful. 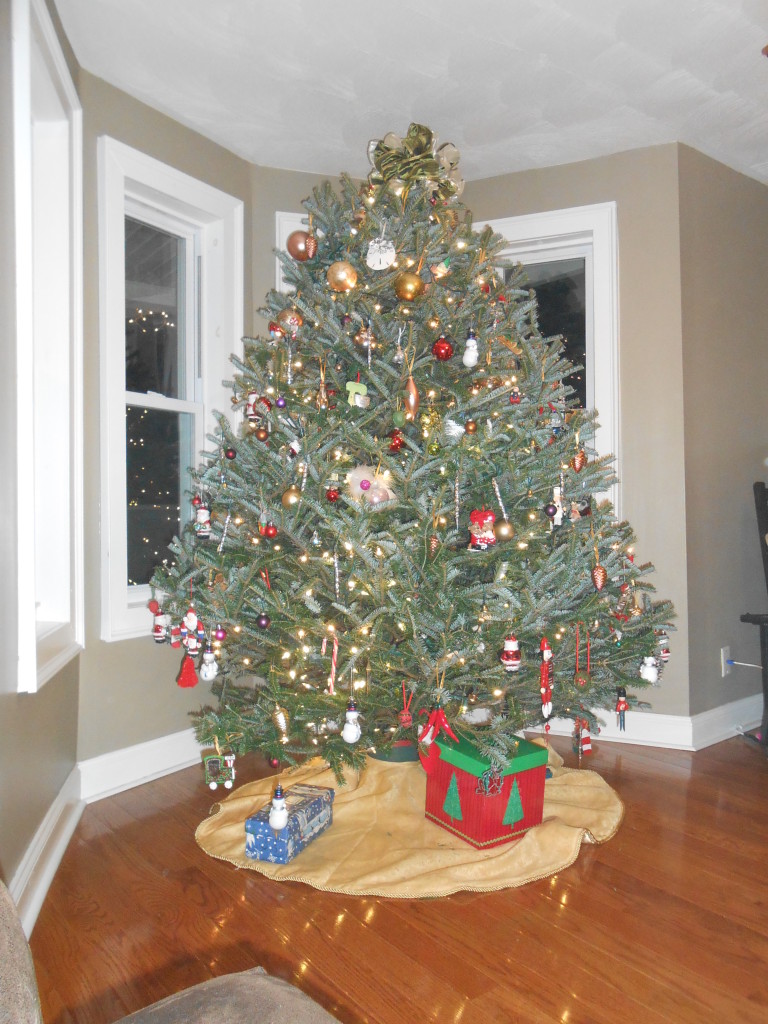 See you all tomorrow

This entry was posted in Uncategorized and tagged pfitzinger, planning dinner, plans, running. Bookmark the permalink.

3 Responses to Anyone Else?