Mike here – For work, I get to travel to a few obscure places (for a New Englander).  One of them is El Paso, Texas.  I spend 3-4 weeks a year in El Paso over the course of several trips, so I’ve had the chance to see a lot of the city and taste some flavors we don’t have back up north.

For those not familiar with El Paso, it’s the mountainous desert city that’s in the very far western corner of Texas, nestled between New Mexico and ‘Actual’ Mexico.  It has a sister city just across the Rio Grande in Mexico,  Ciudad Juarez, which features about 10 murders a day – so I don’t go there.  But on the U.S. side, you’d never know.  I have no murders to report.

One of the ingredients you find everywhere in El Paso is the green chile pepper, in particular the Hatch chile from nearby Hatch, New Mexico. 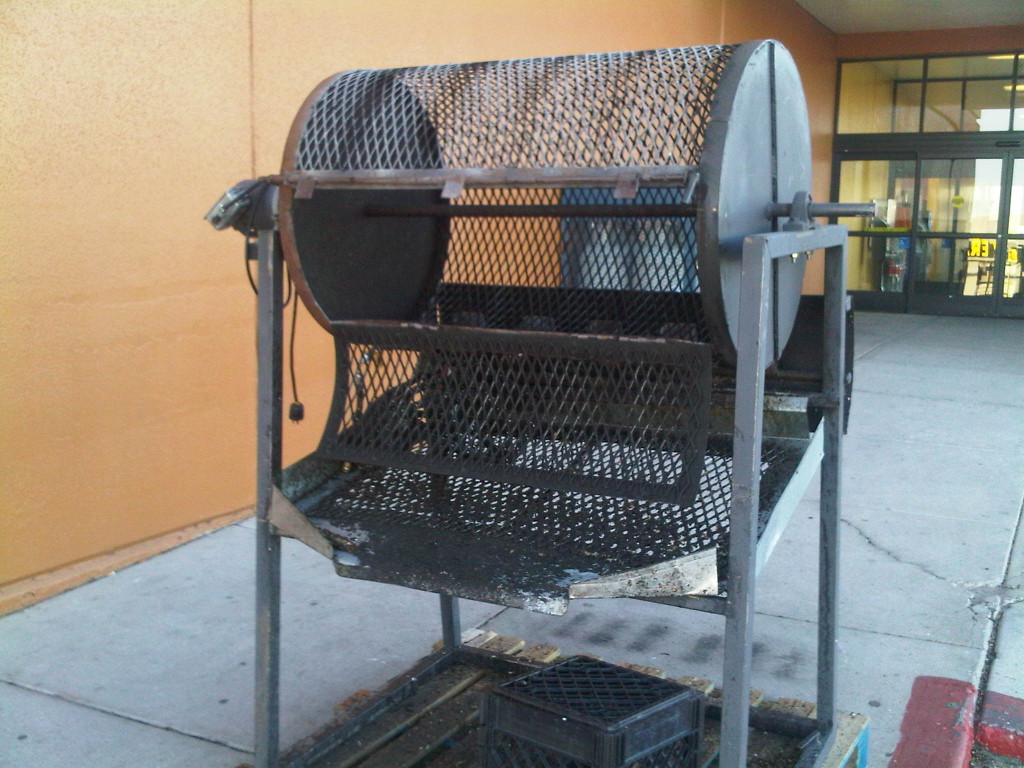 Outside of all of the supermarkets, they have these chile roasting contraptions – a large rotating drum with a propane burner under it.  You dump a 50-pound sack of green chiles in, and rotate the drum until the skins burn and fall off.  The smell is distinctive and amazing.  They sell the freshly roasted chiles in little bags in the market, you can get ’em while they’re still warm.

I try to cook for myself on travel, so I peruse the markets a lot.  One thing that’s different is that the food labeling is perhaps more honest.  I wanted to make myself some eggs and chorizo for breakfast.  There are lots of brands to choose from, so I read the labels… 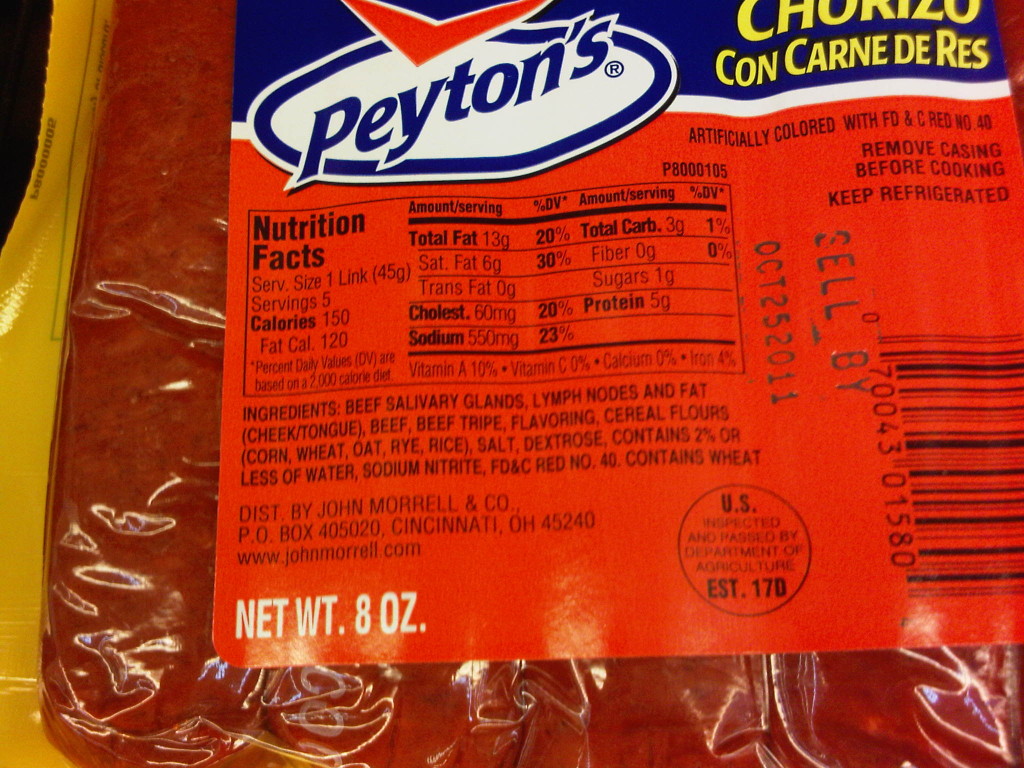 This one features beef salivary glands, lymph nodes and fat (cheek/tongue to be specific!), “beef” (aren’t the above also beef?), and beef tripe (also technically beef).  It looked good, but the label was a bit too specific for me.  The saying “I like sausage but I don’t want to know how it’s made” comes to mind. 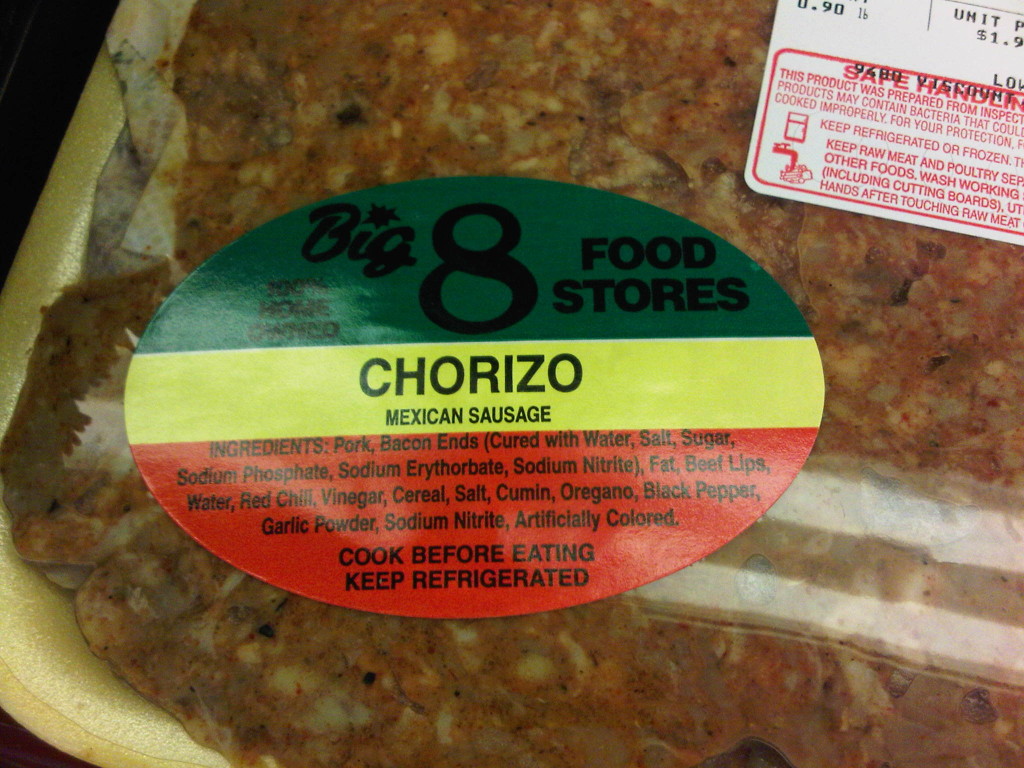 This one looked a bit more tame, with beef lips being the only exotic specific on the label.  I ended up buying them both, and actually liked the flavor of the first one better, despite its heinous ingredient list.  It tasted more “spicy”.  With those salivary glands, I’m surprised it didn’t taste back at me. 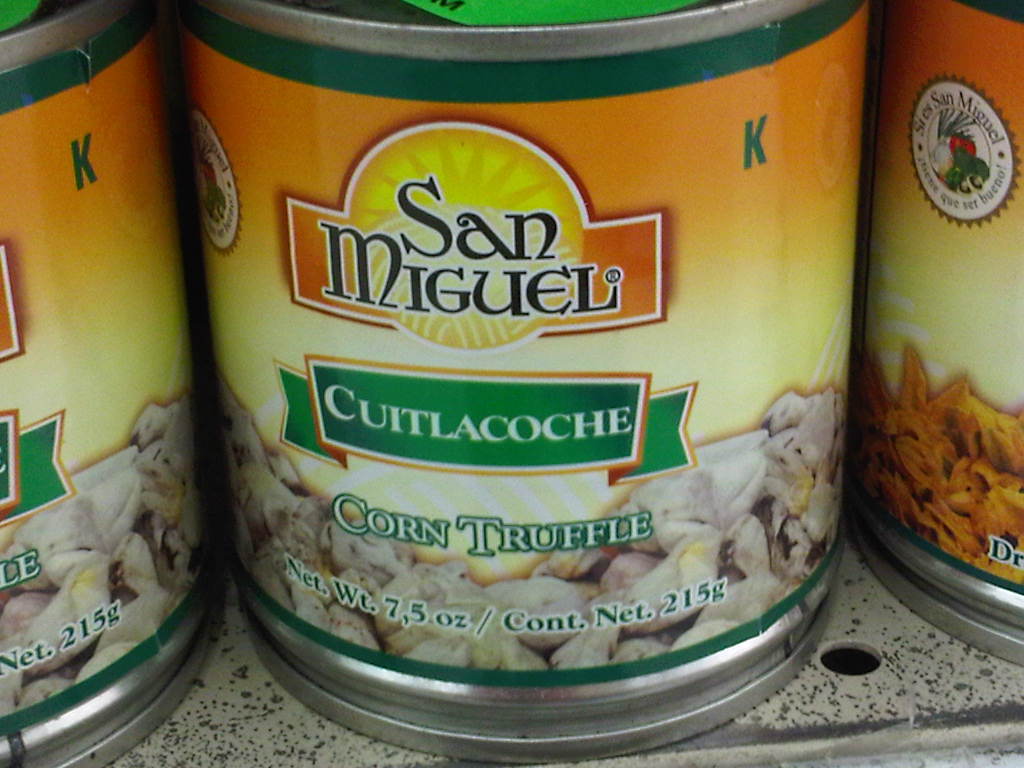 Another specialty item you can get down there is Cuitlacoche – it is corn that has been infected with a fungus such that the kernels get all plump with spores, gooey and black.  It looks like hell and tastes like mushrooms.  I had it in a taco at a restaurant, and it tasted like an earthy mushroom taco,  I’d recommend it. 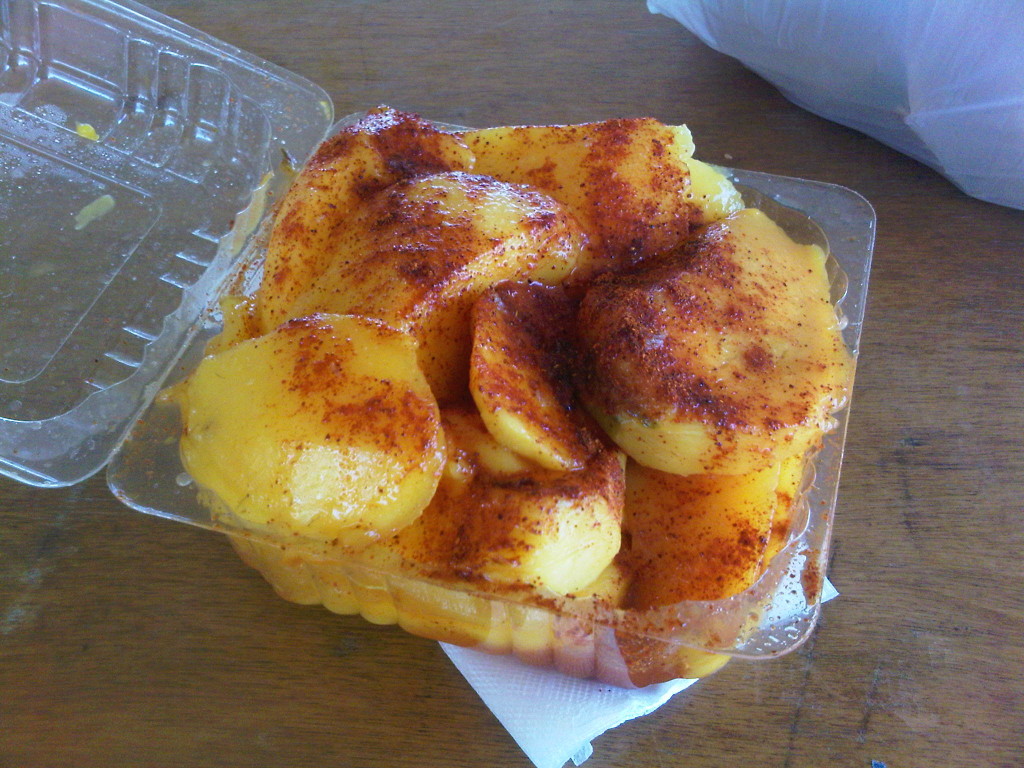 Spicy fruit – definitely something we don’t have in the Northeast.  They put a spice mix on fruit – in the picture it is ultra-ripe mango slices – Powdered hot chiles, salt, and lime flavor.  It makes fresh fruit savory and awesome.  There are a bunch of formulas with different names.  This one was called Pico de Gallo (not to be confused with the tomato salsa-like concoction that we call it up north).  Why doesn’t everybody use this stuff? 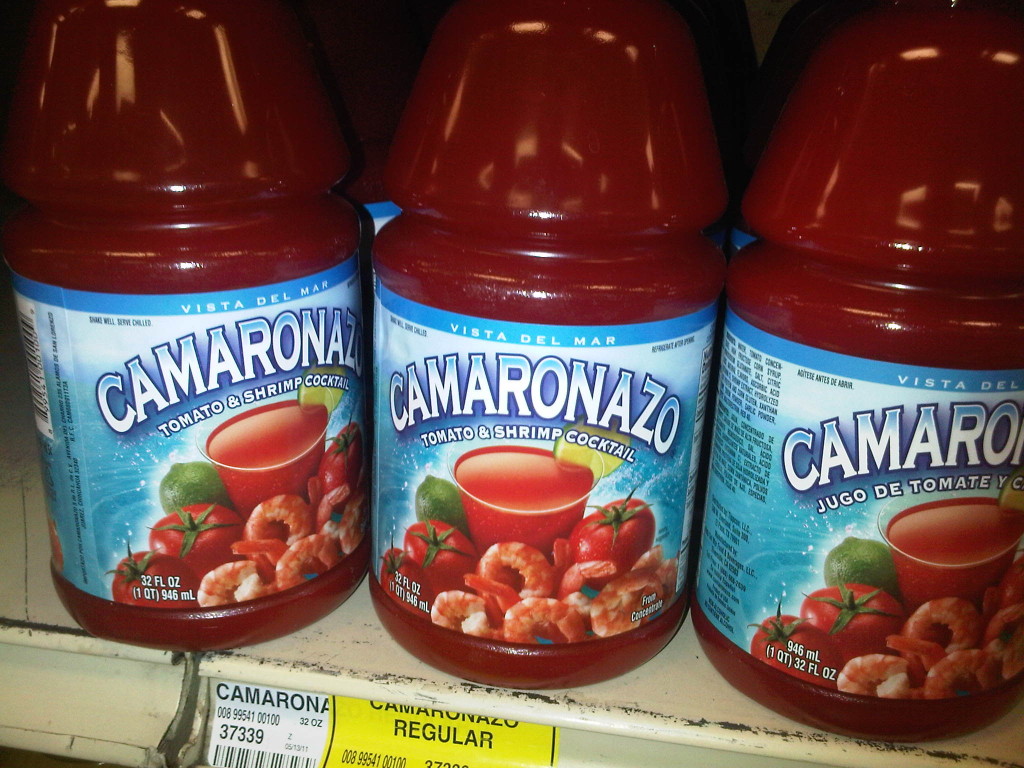 I can’t vouch for this Camaronazo stuff, because I couldn’t figure out what to do with it.  Maybe a difficult Bloody Mary? Anyway,  tomato and shrimp juice – help yourself. 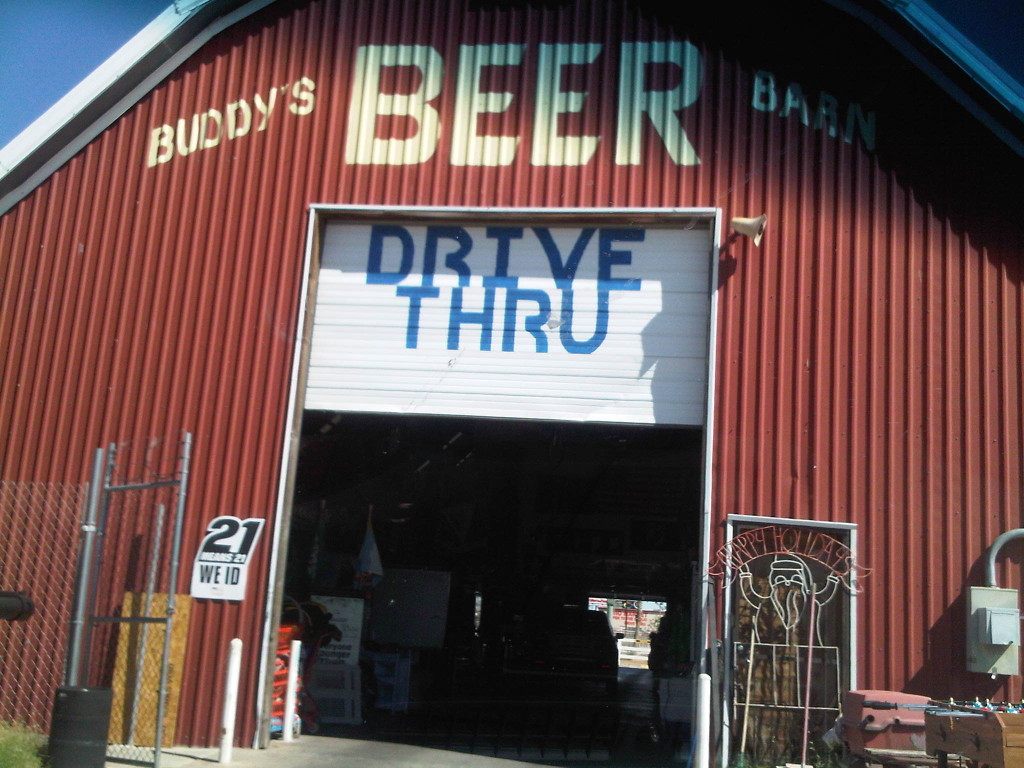 Instead of a bloody mary, I checked out Buddy’s Beer Barn on Montana Ave.  I later came to understand that this is common in some parts of the country, but I was just fascinated by a liquor store that you can drive around in, in your car – you roll down the window and they bring you stuff. 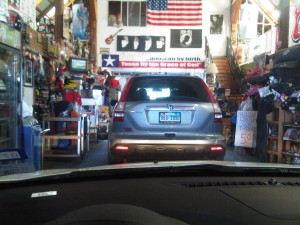 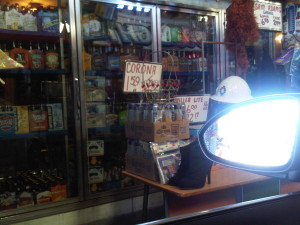 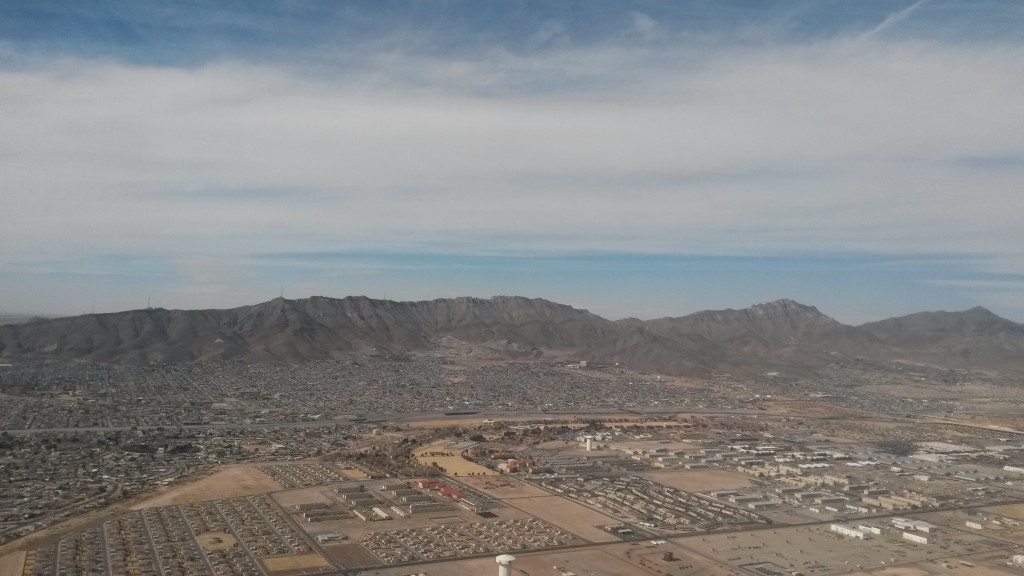 The Franklin Mountains are the prominent feature in El Paso, you can see them from everywhere (except during a sandstorm).  They actually divide the city into an eastern and western half.  This picture was taken from the plane as we left the airport on the east side.  There is a road where you can drive over the mountains on the north side of the city – Transmountain Road – nice scenic drive that takes you up over a mile of elevation. 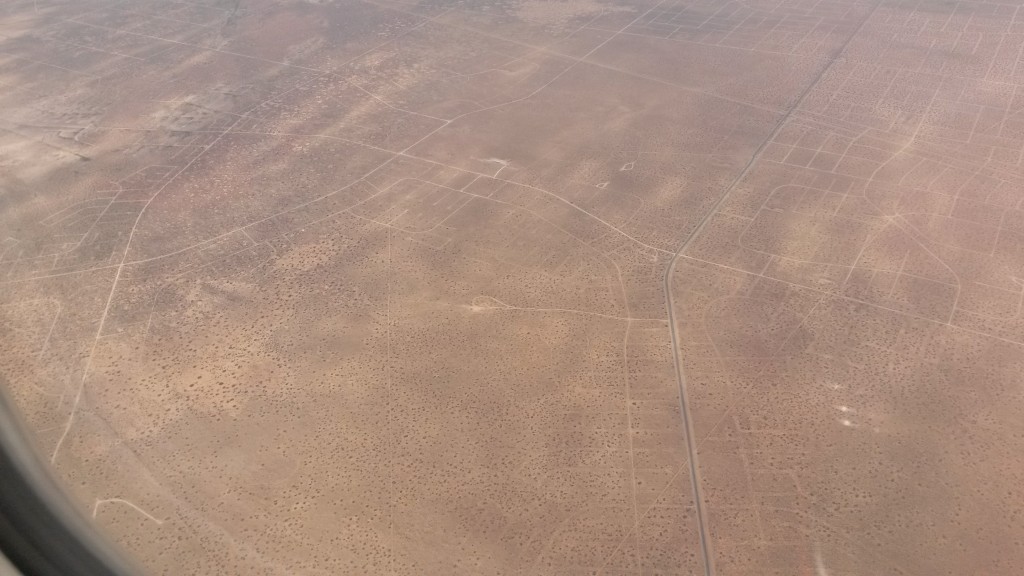 One weird thing – On the outskirts of town, there are miles of empty roads and empty neighborhoods, where they build roads but never any houses.  Very strange.  So if you’re looking to move to El Paso,  I’d wager that there’s plenty of land to build a house on.

Alright, that’s enough for now – next time I go to El Paso, I’ll make sure to take some good shots of my favorite restaurants and report back.

This entry was posted in Guest Posts and tagged el paso, travel. Bookmark the permalink.

2 Responses to Tales from El Paso