Hey all!  Remember when I said I wasn’t sure I wanted to “race” and that maybe I would do my long run and just run?

Yeah.  I decided to see what my “haven’t run anything purposely faster” legs could do.  I set my goal at at least maintaining sub-7 pace (hey, its not what my goals would have been a year ago- but after an injury like mine- goals have to be set given the new circumstances, and not constantly comparing yourself to your “pre-injury” self.)

Saturday I ran 7 miles- 5 easy, 2 at goal marathon pace.  Goal marathon pace is sub-8 (for now)- and that was no problemo.  Rushed off to Samson’s party where I ate: queso, queso, calzone, queso, cupcakes, frosting, hot chocolate, and marshmallows.

Went to PetSmart to get Isaac’s things… got home and made nachos. 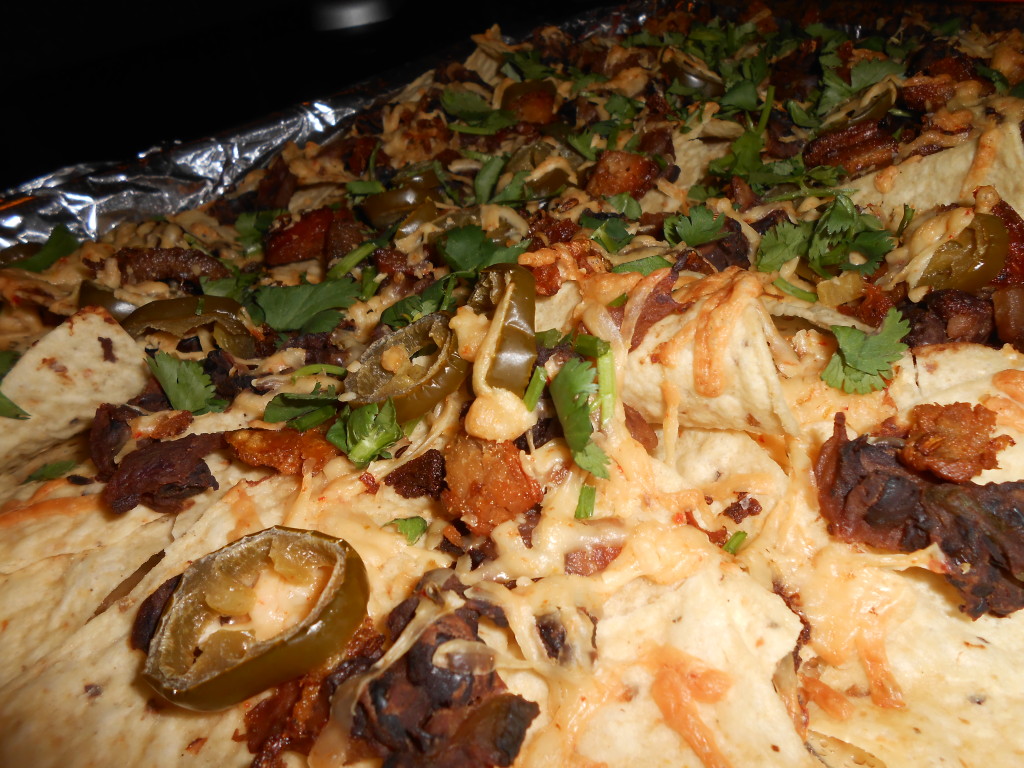 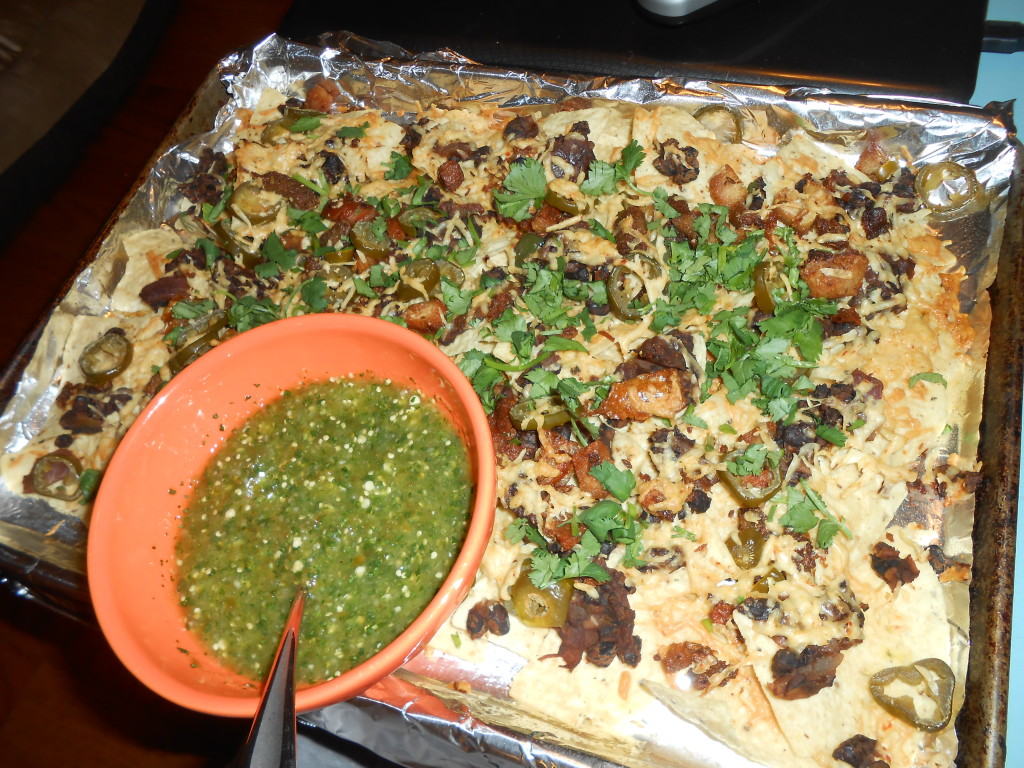 You would think I was running a marathon the way I ate.  Ugga Muggha (as Jamie and I would say).  Good thing the race was at high noon!

We slept till 7ish, and then ate oatmeal and fussed- we had soft pretzel dough to make and another version of cheese dip to plan for the Super Bowl party we were going to later on- and before we knew it- time to leave!

The race was in Lowell, the next town over.  Parking was easy at the VFW hall, and everything was organized.  Because it was Super Bowl Sunday there were a fair number of people all dressed up- jerseys, helmets, super man costumes, etc.  I had started to feel anxious.  I recognized a lot of super-fast people from my faster days and was feeling inadequate (and bloated)… but I set off for my warm-up anyhow.  I figured I would run the first mile of the course and back- which was  mostly flat with a small “hill” (as in, not a real hill- sort of a bump- especially in comparison to last week’s race)…  things felt loose and light- yipee!

I finished up with some dynamic stretching and off to figure out where the start was going to be.  Turns out it is not a chip-timed course- just a dude and a stopwatch- so there were lots of non-fast people crowding the start. UGHH.  I knew I shouldn’t be in the front row- so WTF people who are going to WALK!  GET IN THE BACK.  I WILL RUN YOU OVER.

Anyhow, we unceremoniously began, and I spent the first .25 miles tripping over people who should have started in the back.  About .75 miles in I checked my garmin-  I was running 6:36 pace.  Too fast for my fitness level right now, and I knew it.  I backed off- but a little too much (I think) and ended up with a 6:53 split for mile 1.

After mile 1 I knew I needed to run a little faster- but I had a niggling feeling that if I pushed it too much that I would pay in the end.  Mile 2 is totally flat- 6:46 split.

Mile 3 is still just a straight shot along the Merrimack River, and I caught up to and started running with a pack of people who had been just in front of me the whole race.  I ran with them for awhile- before I realized I wasn’t pushing.  ACK!  I need to get my head back on as far as racing is concerned!  I passed them, but looked at my watch to realize that they probably started too fast and had backed off of their pace.  Mile 3- 6:48.

I would have loved to have achieved totally negative splits for this race- I could have done it if I hadn’t lost focus and started running with the pack in mile 3. Overall, I felt fantastic- and when the race ended I realized that I probably could have run 10k at the exact same pace (which means I undersold myself a little). 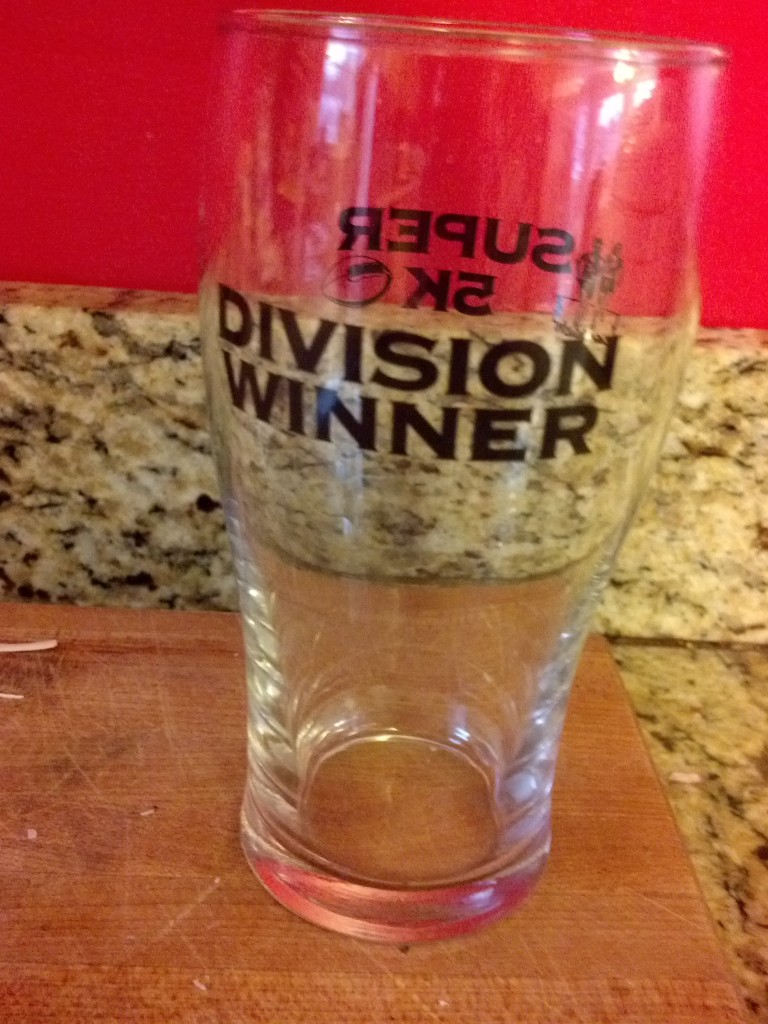 I loved the post-race party and the general atmosphere- so I will be back!  Hopefully next time I am in shape to blast this one out of the water!

This entry was posted in Race Recaps and tagged 5k, race. Bookmark the permalink.